In July 1984, Victor Trastek joined Peter Pairolero as a consultant in general thoracic surgery (GTS) at Mayo Clinic in Rochester, Minnesota.  Trastek had just returned from a fellowship in thoracic surgery at Toronto General Hospital.  Together, Trastek and Pairolero developed a “Table of Organization” for GTS at Mayo Clinic.  A footnote of this local reorganization was the need for a national conference dedicated to GTS.

In January 1985, the 21st Annual Meeting of The Society of Thoracic Surgeons (STS) was held in Toronto.  The meeting occurred over two-and-a-half days and consisted of five general plenary sessions with a total of 43 presentations–33 cardiac and 8 thoracic (18.6%).  This limited number of GTS presentations was quite common at the annual meetings of both the STS and the American Association for Thoracic Surgery (AATS) in the 1980s.   Clearly, these few presentations did not meet the needs of general thoracic (GT) surgeons.

In March 1985, Thomas DeMeester and Peter Pairolero discussed the need for an annual meeting dedicated to GTS.  DeMeester suggested a regional meeting in the central-northeast section of the United States patterned after the Southern and Western Thoracic Surgical Associations.  Other GT surgeons were queried; while most were enthusiastic, a few were not in favor of such an endeavor.

In April 1986, Robert Ginsberg, Thomas Todd, and Victor Trastek met at the International Stapling Symposium in Pittsburgh to discuss the creation of a general thoracic surgical meeting with the objectives being a forum for clinical surgery, research, and education.  They proposed the name “General Thoracic Surgical Club”.  They developed a timetable that would result in the first meeting occurring during the third week of January 1988.  The meetings were “to alternate between summer and winter locations that provide a good social atmosphere for having fun.”  Todd agreed to develop bylaws, Ginsberg the program, and Trastek to arrange logistics and serve as secretary.

In May 1986, Todd delivered the bylaws with the name General Thoracic Surgical Club (GTSC).  The organization would have a president and secretary/treasurer.  Only board-certified surgeons whose practice consisted of at least 50% GTS were eligible for membership.  Members would be required to pay dues and participate in the annual meetings.  The club would have three committees:  program, membership, and education.

In August 1986, Deslauriers, Ginsberg, Pairolero, and Trastek met to select ten GT surgeons to serve on a steering committee that would meet at the American College of Surgeons meeting in New Orleans.  Thomas DeMeester, Jean Deslauriers, Pen Faber, Robert Ginsberg, E. Carmack Holmes, Joseph Miller, Gordon Murray, Peter Pairolero, Thomas Todd, and Victor Trastek were asked to serve.  The steering committee met on October 21, 1989, at the Elmwood Room in the Hilton Hotel in New Orleans.  Almost immediately, the proposed name of the organization as a club became controversial.  After a long discussion no resolution could be reached and the issue was tabled.  The group went on to recommend that the organization should have five committees (membership, program, education, legal, and nominating) and that membership should be limited to 200.  Meetings were to be held in small resorts and were to alternate between summer and winter.  The group unanimously decided that all presentations were to be made by surgeons and not by residents.

In January 1987, 22 GT surgeons, including Hermes Grillo, who was STS President that year, attended an organizational GTS meeting at the Loews Anatole Hotel in Dallas.  The group consensus now was that the organization should be a club.  January 1988 was selected as the first meeting date and Camelback Mountain Resort in Phoenix was selected as the site (later it became apparent that the club could not afford Camelback’s rates and Mission Hills in Rancho Mirage was eventually selected instead).

In April 1987, 14 GT surgeons met at the Como Inn in Chicago during the 1987 Annual Meeting of the AATS.  The group decided that the first meeting would be limited to 75 members.  Dues were set at $300, and William Nelems was the first surgeon to submit dues.

In September 1987, Robert Ginsberg, Martin McKneally, Joseph Miller, Peter Pairolero, Thomas Todd, and Victor Trastek met at the annual meeting of the STS in Toronto.  Fifty-nine members had already registered for the first meeting.  The scientific program organized by Ginsberg was approved.  The social program was also organized and consisted of a welcome party on Thursday, golf on Friday afternoon, a fun run Saturday morning, and tennis on Saturday afternoon.  Vendor sponsorship was also approved, and by October four vendors had agreed to sponsor the 1988 meeting.

The First Annual Meeting of the GTSC was held in Rancho Mirage on January 22-24, 1988.  Ginsberg, McKneally, Miller, Pairolero, Todd, and Trastek were approved as the first Executive Committee members. Ginsberg also arranged for the Executive Committee of the Lung Cancer Study Group to meet the day before the first GTSC Annual Meeting.  This pre-meeting combined with the first scientific session that dealt with the neoadjuvant treatment for stage III lung cancer was the beginning of what was in later years to become the “Robert J. Ginsberg Clinical Trials.”

At the Tenth Annual Meeting of the GTSC Jean Deslauriers, Robert Ginsberg, Joe Miller, Peter Pairolero, Thomas Todd, and Victor Trastek were recognized as the Founding Members of the General Thoracic Surgical Club. 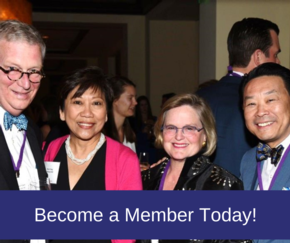